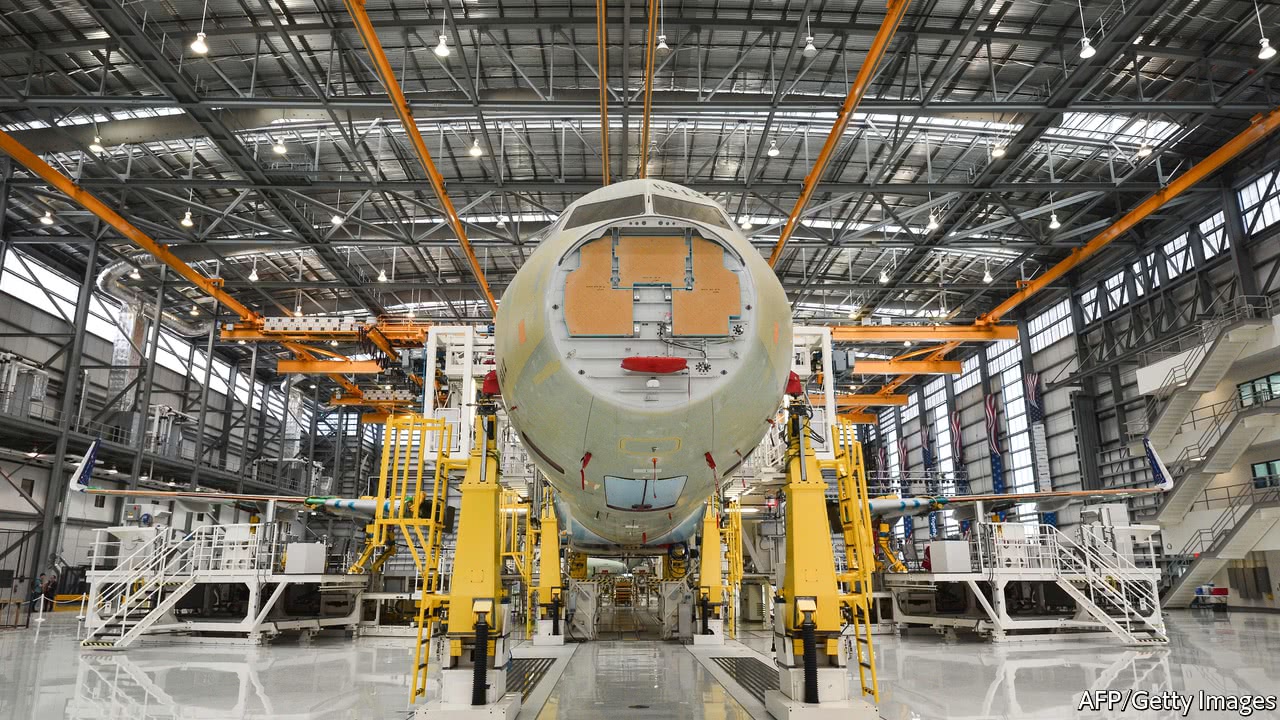 WHEN passengers board an aircraft, only a few care whether it was built by Airbus or Boeing, two giants that make all the world’s big airliners. Fewer still would recognise the names of the thousands of suppliers that produce the 2m or so parts that go into a modern jet. Surprisingly little of the work is done by Boeing and Airbus. Boeing has outsourced 70% of the parts for its 787 aircraft. The job of assembling Airbus’s A380 superjumbo in its Toulouse factory accounts for only 4% of the work required to make it. The balance of power between aerospace firms and their suppliers is causing ructions.

Near hostilities have broken out due to a run of big mergers among parts-makers. On September 4th, United Technologies (UTC), an American conglomerate that makes Pratt & Whitney engines and other aerospace parts, announced that it had agreed to buy Rockwell Collins, an avionics firm, for $30bn. Although it is one of the biggest-ever mergers in the aerospace business, the deal…Continue reading