A craft-beer boom with Chinese characteristics 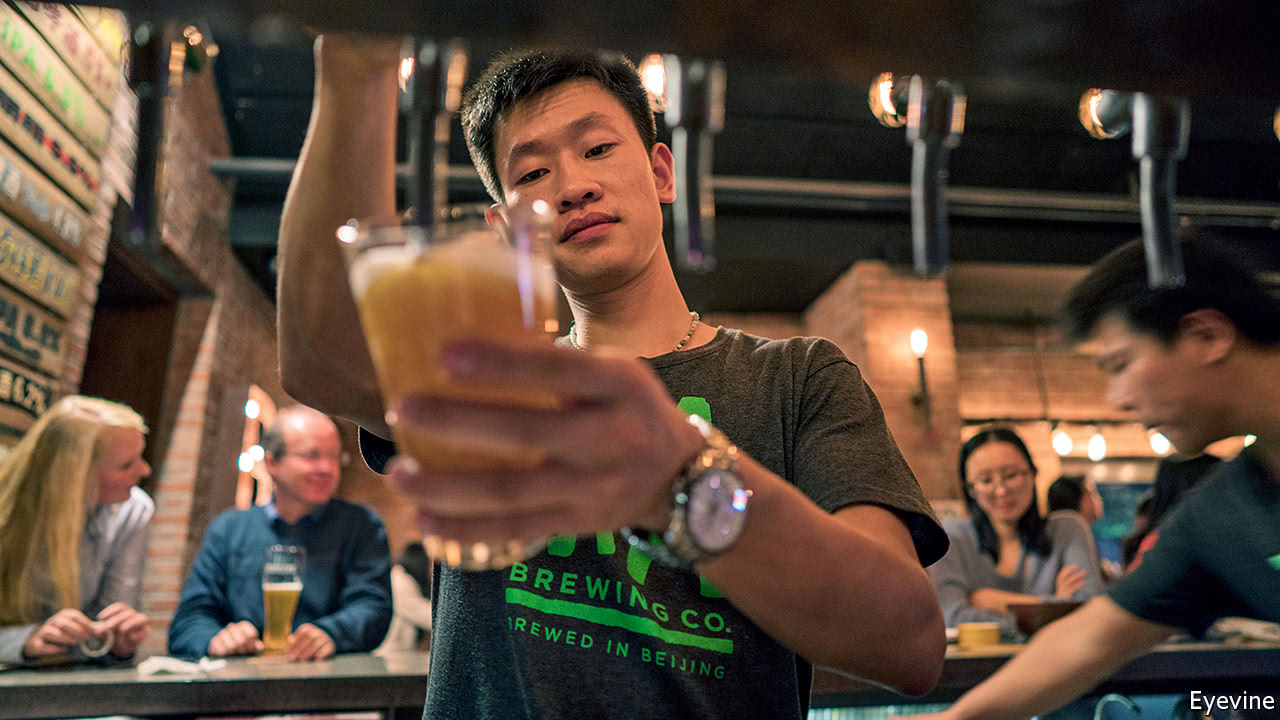 EVIDENCE unearthed at Mijiaya in Shaanxi province proved that the Chinese have an ancient tradition of making beer. Brewers were operating 5,000 years ago, using grains such as millet and Job’s tears (a kind of pearl barley). This year a couple of small-scale brewers lovingly recreated that Neolithic ale. The cloudy, hop-free beverage would challenge even the bravest microbrew devotee. Ladislao Raphael of Moonzen Brewery in Hong Kong describes it as “sour and funky”.

Yet Mr Raphael and his fellow craft-beer evangelists are winning converts. The Chinese market, which is the world’s largest, is dominated by mass-produced lager. But craft breweries are sprouting up around the country—by 2016 there were around 150, up threefold from 2015. Consumption of their brews has surged by two-thirds over the past five years, figures from GlobalData show, even as overall beer-swilling declines. This mirrors a global pattern: consumers often crave better beers as they get richer. Trend-setters…Continue reading